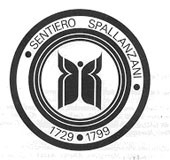 The higher part of the path has difficult stretches in winter, with snow and ice. We advise it be done in summer, for the fresh climate and for the variety and intensity of colors in autumn and spring.

The Spallanzani path, dedicated to the scientist Lazzaro Spallanzani, passes through all the vegetation strips of the Reggiano Apennines (hills, mountains and peaks), from Scandiano up to S. Pellegrino in Alpe, on the Reggiano ridge.
The path, besides being marked by white and red CAI signs also has a butterfly symbol and the initials SSP.
The path does not have particular technical difficulties, it can also be used by inexperienced excursionists and is quite suitable for horse trekking.
The path is 115 km long, is usually traveled in stages an, usually 7, for a total of 35 hours walking time.

Itinerary in detail Time needed: 5.30 hrs
Difference in altitude climbing: 810 m
Difference in altitude descending: 650 m The descent towards the Secchia river starts on mule-tracks. At the location called Piastre the sheep track encounters a natural ground carriage-way. The trail ends in the rural nucleus called Cà di Merlo. Now you follow the path of the ancient mule-track directed towards the Vologno mill which at times is unstable near Cà Ceccarelli. This is the Secchia riverbed, characterized by interesting expositions of gypsum; you take the carriage-way heading west, reaching a paved road which comes from Castelnovo near the bridge over the Secchia river which you cross, to then take the path on the left (Sentiero Airone) which leads to a spectacular karsic cavity called Tanone della Gacciola (you get there taking a small unmarked trail which from the chestnut woods climbs south).
Back on the marked route, after a nice field you reach Cà Rabacchi from where you descend again to the paved road to cross it and take a carriage-way which crosses the bed of the Sologno brook. Soon after, you take a not very visible route on the left, and after 200m you leave it and take another one (be careful!) whose entrance is even less visible, heading west. This is the ancient route which leads to Mt. Carù, now almost completely hidden by vegetation. It's a very nice zone and almost unknown to excursionists. The use of this trail recommenced not too long ago, in the past it was used by the friars of the Hermitage of Bismantova to reach the small church above the Segalare Mill. The climb starts where a few centuries old chestnut trees and becomes steep straight away. You climb briefly from 450m to 800m among chestnut trees, hornbeam, common oak and junipers.
Scenery on the Rio Sologno Valley;
At about 800m you encounter a more visible route, a mule-track which leads to the village of Cà Budriotto (fountain). Here you will find a paved road. Then on a pebbly road you reach Castellaro (3hours) where you take a mule-track heading south parallel to the road, heading to Cerrè. At Cerrè (fountain) you end up on the provincial road, which you take on the right and then leave where the soccer field is, to get on a mule track which climbs on the left. Now the route is on a ridge in an interesting area due to the clayey landscape. You continue on the dividing line and pass a knoll at 1041 m altitude (Mt. Delle Formiche) from where you descend southwards to the nice little town of Montecagno. You cross it heading towards the church and then the graveyard, along a gravel road that you leave after about 200m to get on a mule track on the right. A mule track which with a wide semi-circle, first towards the east then towards the west leads to the town of Casalino, characteristic old mountain hamlet (fountain). From here, in part on paved roads, and in other parts on short-cuts, you reach the Mill of Casalino, on the Ozola torrent and then to the town of Ligonchio (922m) where the stage ends.